I’ve seen entire groups of analysts head to the nearest Rolex store the day their first bonus hits the account; the Submariner is the official Wall Street starter watch.Bankers love watches. They love collecting watches. They love talking about watches.

Granted, these are the same kids who regard their blue and green canvas bags as a status symbol and think their business cards will help them pick up girls.

Not long after, he quit for Morgan Stanley, where he fit right in.
I’ve also seen a colleague cut out a life-sized picture of a Patek Philippe he was contemplating and tape it on his wrist to “test drive it” – not exactly a smart thing to do right before bonus.

Because there’s no sales tax in Hong Kong, I’ve had to carry at least one watch with me on every trip to New York or London for some colleague trying to save a few (thousand) bucks. We’d use the inter-office mail to ship the box and the receipt to avoid any problems with customs.

Our head of sales once brought back a 50th Anniversary edition Rolex Submariner (the one with the green bezel) as a favor for the head of European capital markets. As a joke, he gave him a replica he had picked up for $50 in some Kowloon street market. When the banker asked how much he owed him, the sales guy said, “I haven’t paid for it yet. Just cut a check directly to my watch guy. Make it out to The Fay Kwotch Company.”

Only after the gullible banker was made the laughing stock of the entire trading floor did he even realize the watch was a fake.

Watches matter, especially on Wall Street. Even if you don’t care about watches, it’s important to care about watches. It’s often the first thing someone will use to size you up. Just as it’s hard to like someone whose favorite movie sucks, I don’t think I could be friends with a guy wearing a matte black Hublot Big Bang.

I’ve seen them all and I’ve bought a few. So here are a few pointers to help you along. 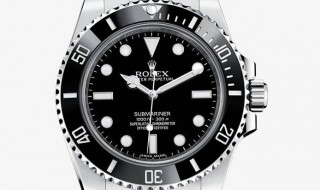 It’s not a terrible place to start. Buy one when you graduate from college, assuming you aren’t one of the 22 million Millennials still living with your parents. That Tag Heuer you got for your 18th birthday does not belong in the workforce.

To some extent, wearing a Rolex is like driving a BMW 3-series. It says you’ve got a little bit of money, but nothing interesting to say. It’s a safe, entry-level choice. My starter watch was a Rolex Just Date. It was stolen when I was mugged leaving a bar 3am in London.

You can’t go wrong with a Submariner, GMT or Sea-Dweller. But, when it comes to Wall Street, the must-have Rolex is the stainless steel Daytona. And since there’s a waiting list, the real status symbol is paying retail for it.

Another Wall Street trick is to pick up a vintage Rolex at Christie’s or Bonhams. Make up a story about how your grandfather won it playing backgammon in Paris in 1952. Now your lineage is savvy and rich. 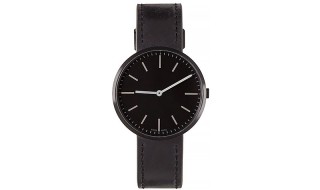 If this isn’t a marketing case study, it should be. Born in 1980 with no provenance, Hublot put the ‘whore’ in horology. The brand spent the better part of three decades in obscurity, until Jean Claude Biver took the reins in 2004.

He brought in a new designer, increased the prices to shift the perception of the brand, and focused almost entirely on product placement and celebrity endorsements. As a result, turnover has grown more than ten-fold over the last decade. In other words, the world is full of idiots and Eurotrash bankers. 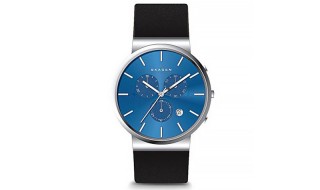 Panerai was a mediocre Italian government-contract instrument maker until Rambo came along and made it cool, just as oversized watches were gaining in popularity. It’s an action hero watch for the guys who brag about cheating on their wives.
Replica IWC

These are the thinking man’s watches, known for their understated style and renowned craftsmanship. These are for the guys who prefer New Balance over Nike and an Audi A8 over a Mercedes S-Class. This also means I probably rather hang out with my dentist than a guy with an IWC on.

This is the watch for the guy who gets cheated on by his wife.