Even though the recent earthquake of Mexico on Sep 19th 2017 affected severely the flow of life and business in Mexico City, the SIAR 2017 Organizing Committee and the participating brands decided to rise to the challenge and continue with the most important watch exhibition in South America. The Salon SIAR 2017 ran from October 17th until October 19th at the prestigious Hotel St. Regis in the center of Reforma Avenue in Mexico City.

During the three days of the exhibition, relevant figures of the Mexican and South American political, financial and social communities visited the stands and meeting rooms where prominent Swiss watch companies and their respective CEOs and leaders explained their products, concepts and designs in a direct manner.

The attendee record was regulated to 300 tastemakers, influencers, top-of-craft artisans, racers, and modifiers. The 3 day event would consist of long joy rides, flat track racing, Sons of Anarchy-esque convoy expeditions, an unconventional drag race, and a key window at which us “outlaws” can hide and reminisce about the day’s tomfoolery.Vincent Prat and Paul d’Orleans were the organizers of Wheels and Waves California and lots of the motorcycle industry’s trendsetters and influencers have been in attendance that day for example Jamie Robinson from MotoGeo, Roland Sands from RSD, and even Steve Caballero, a world renowned pro skater, simply to mention a couple. Brands like Alpinestar and a ton of all-star modification garages were current too, such as Deus ex Machina, Revival Cycles, Brat Style, and Suicide Machine Company, simply to name a few.The event was tightly packed with all kinds of motorcycle “anti-racing.” Race day one was in the Santa Maria Raceway, where I would spend my hot day running around the dirt track, photographing and watching the Vintage and Super Hooligan flat track races. The sweltering sun required the race organizer to deploy the watering truck onto the dirt track to have it nice and slick to the races to come and boy were they sideways.Race day two had me roaring towards Santa Margarita, where I’d embark on a private landing strip for Crooked Sprints. Drones over, the finish line banner dancing in the arid 105 degree weather. One by one, bicycles would trickle onto the sticky hot tarmac. One hundred feet away, a decommissioned train on which appeared to be a railroad going to nowhere turned into a shady refuge from the heat lamp above. However, more racers came, proudly piloting their custom creations, waiting for when the checkered flag would drop for them. 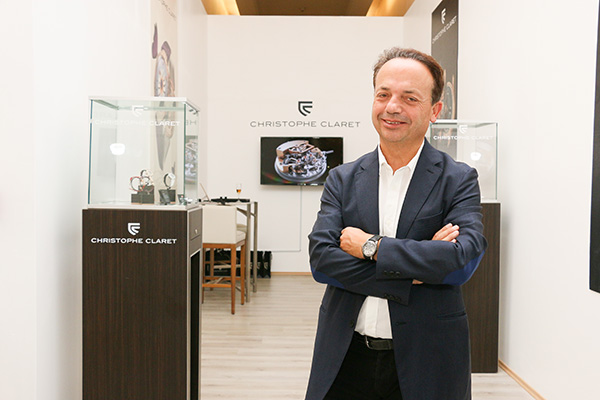 Christophe Claret was at the SIAR with its new creations

As in previous SIARs, several brands introduced new products and limited editions at the venue, such as Hublot with its new Hublot Big Bang Classic Fusion Calaveras, Baume & Mercier Clifton Club Seleccion Nacional de Mexico, Manufacture Royale Androgyne Mexico and Louis Moinet Metropolis Sunrise Sonora, the sale proceeds of which will be used to help the citizens affected by the Sep 19th earthquake.

The SIAR 2017 presented awards in several categories to notable watches and brands at a Gala that was used to collect and donate funds to those affected by the earthquake. Bulgari was awarded the Watch of the Year award for the Bulgari Octo Finissimo  Automatic, Chanel scooped the Ladies Award for the Première Camélia Skeleton and Hublot took the honors in the Sport Watch category with the Techframe Ferrari 70 years Tourbillon Chronograph.

The Rising Brand award was received by Roger Dubuis for its Excalibur Aventador S, while the Chronograph prize was awarded to Richard Mille’s RM 50-03 McLaren F1 Split Seconds Tourbillon Chronograph. In the Concept watch category the Zenith Defy LAB was the winner and in the High Complication the Vacheron Constantin Les Cabinotiers Celestial Astronomical Grand Complication 3600 received the recognition from the SIAR 2017 Jury.

Finally, in the Watchmaking Value category, Patek Philippe received the award for its 5320G Perpetual Calendar and Chopard’s Karl-Friedrich Scheufele was recognized with the Special Tiempo de Relojes Award.

The SIAR 2017 once again offered a solid platform for watch brands to present their watches and to get closer to the aspirations of the Mexican and South American markets. Communication and perception are key in these markets and the SIAR affords a great opportunity to encounter, in an intimate fashion, these two sides of the business. 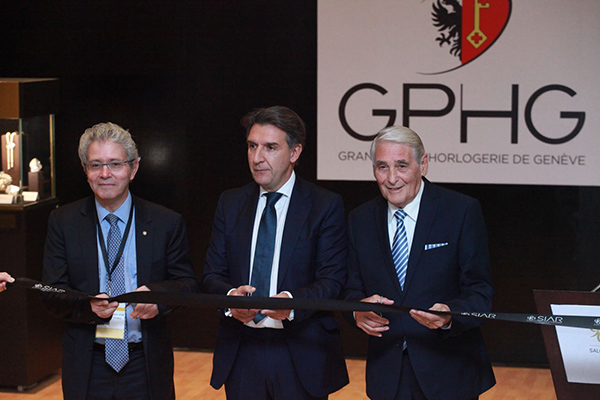 Louis-Joseph Touron (Swiss Ambassador in Mexico), Carlos Alonso (CEO of the SIAR) and Carlo Lamprecht (CEO of the GPHG) proceed with the formal opening of the SIAR 2017 at the St. Regis Hotel.