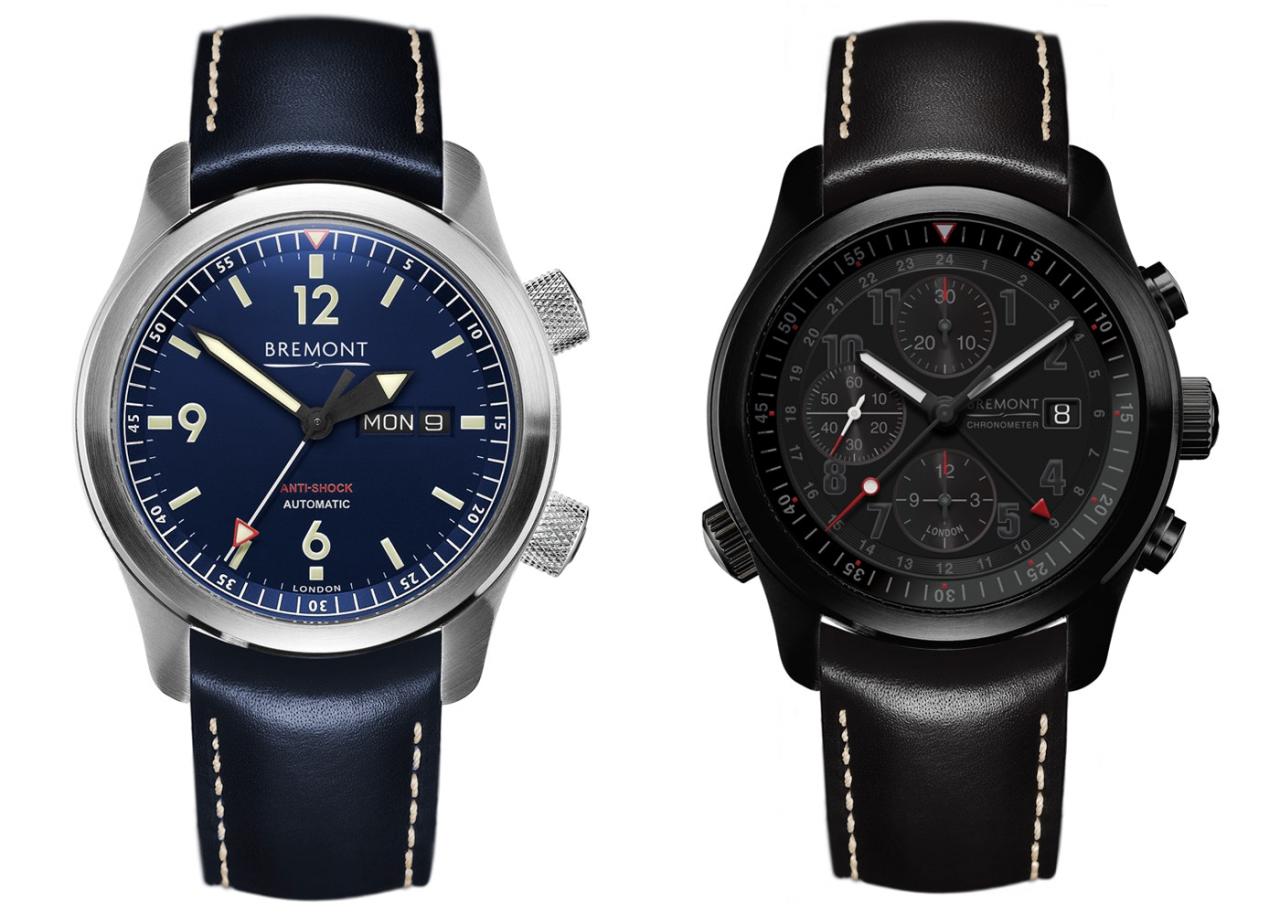 Bremont has announced two new additions to its lineup, the U-2 Blue and the ALT1-B2 (GMT) Chronograph. The former is another colorful chronometer in their staple collection, while the later is a GMT chronograph inspired by a watch designed for elite stealth bomber pilots. 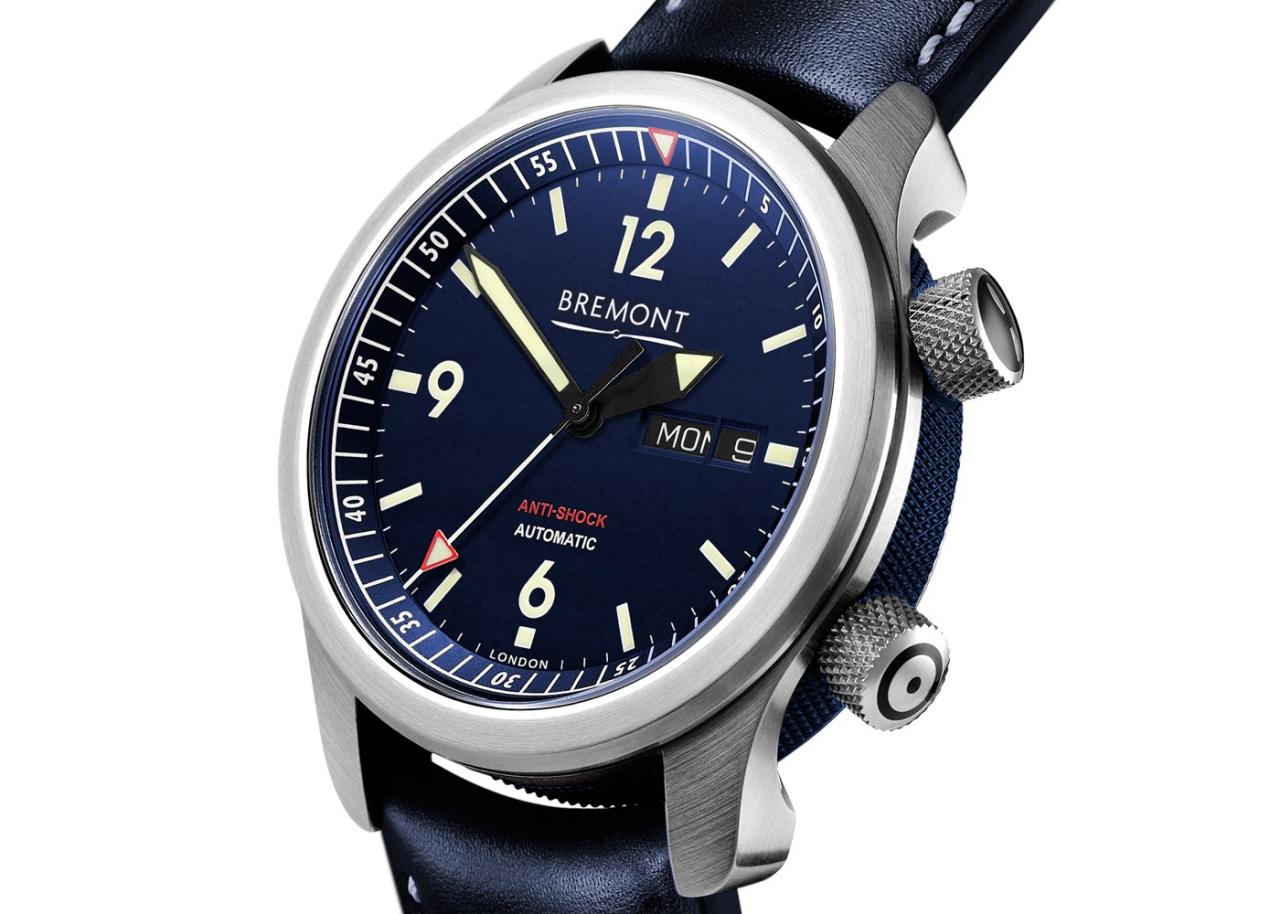 The U-2 line is an evolution of Bremont’s MBI and MBII watches, both of which draw their inspiration from the Martin-Baker fighter jet ejection seats made just down the road from Bremont’s UK headquarters. The U-2 takes this foundation and adds another layer of stress testing to meet the requirements of U-2 crews, taking the watches to 100,000 feet and -50 degrees C.

The U-2 Blue takes the colored barrel treatment we’ve seen on the MB watches and adds a complementary dial color to the mix. There is also an inky blue leather strap and you still get the standard sapphire caseback to give you a look at the robust movement.  The U-2 Blue will be available in late May and will retain for $5,450.

At first glance, you’d be confused if you mistook the S301 to your critically-acclaimed Tudor Black Bay (picture above). With its gilt and faux-patina accents, thick bezel, large crown, and dial configuration, the S301 attracts a lot of the exact same age and many similar watches since the Black Bay for its different impacts. Most prominently, you’ll see design influences from the late 1960s Rolex Submariner 1680, also referred to as the “Red Sub” (picture below, via FratelloWatches) for its reddish “Submariner” script toward the bottom of the dialup, together with different 1950s Tudor and Rolex “Large Crown” models using their prominent unguarded crowns and gilt dials. Generally, ancient Submariners shared a great deal of traits — like the distinctive hour mark, matte black dials, thick bezels, and bigger instance diameter hovering around 40 mm–all of which are features seen in the S301.Yet, for all of the vintage-influenced elements, Bremont’s view is modern and its particular. Using its triple-layer case structure and application of DLC coating, together with the lifted and sculpted lugs as part of their initial coating, this watch’s case is not in the dense Oyster design. Its summit, while obviously remembering a “Big Crown” design, is still not nearly as prominent on the S301 as about the historical pieces, and distinguishes itself by simply applying a gold accent and printed emblem on its periphery. Additionally, on the dial, while the hour markers are extremely similar to those formerly referecned, the S301 has shrunk the general proportion of those marks, and altered the 12 o’clock out of a simple triangle into a more “arrowhead” shape. The hands will be the aviation-inspired syringe style, as compared to the famed Mercedes and Snowflake styles seen on early Subs. 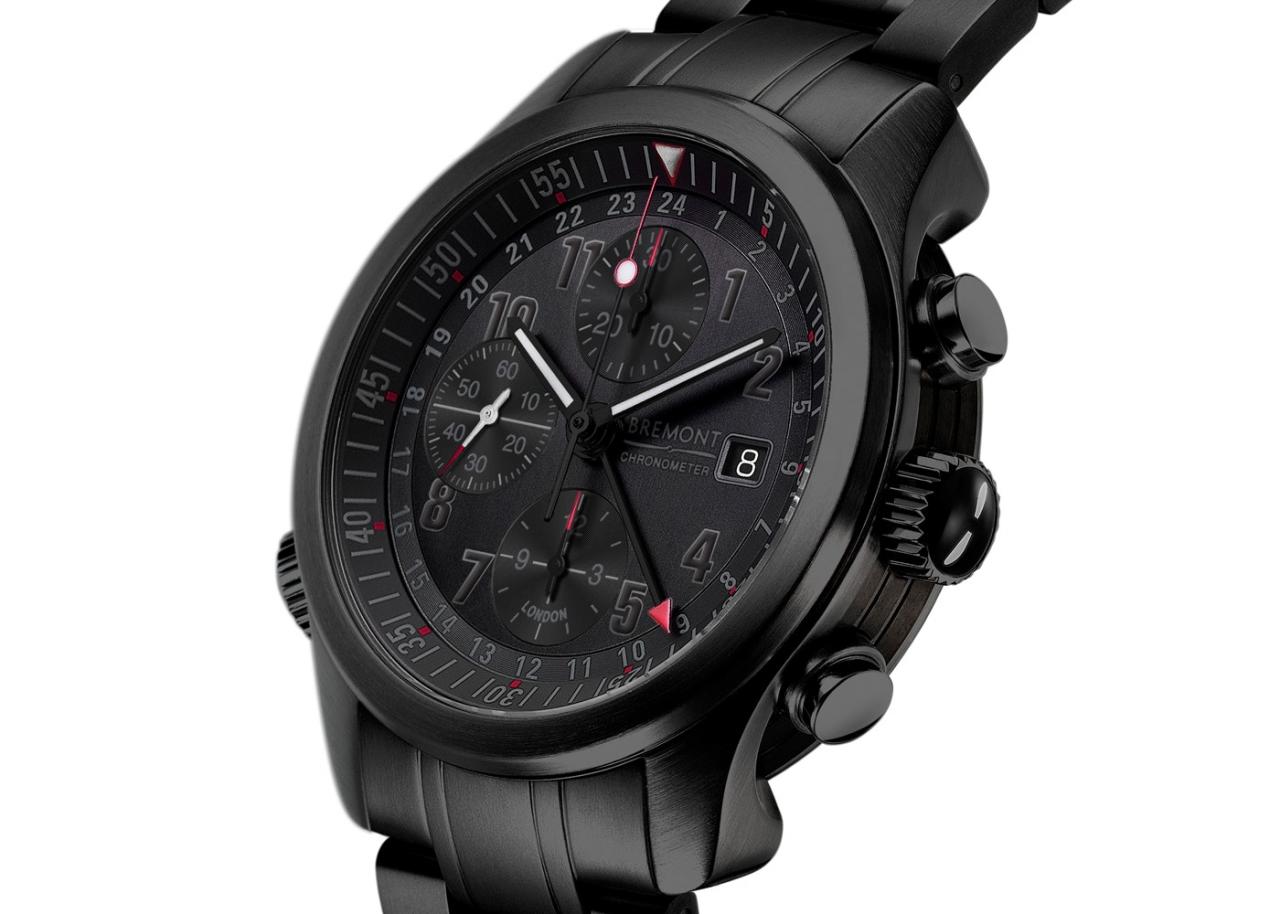 Next up is the more complicated ALT1-B2 (GMT) Chronograph, which is modeled after the watch Bremont designed specifically for a B2 Stealth Bomber aircrew in 2012. That watch is not publicly available, but here you’re getting as close to the custom bomber watch as you can get without flying one yourself. 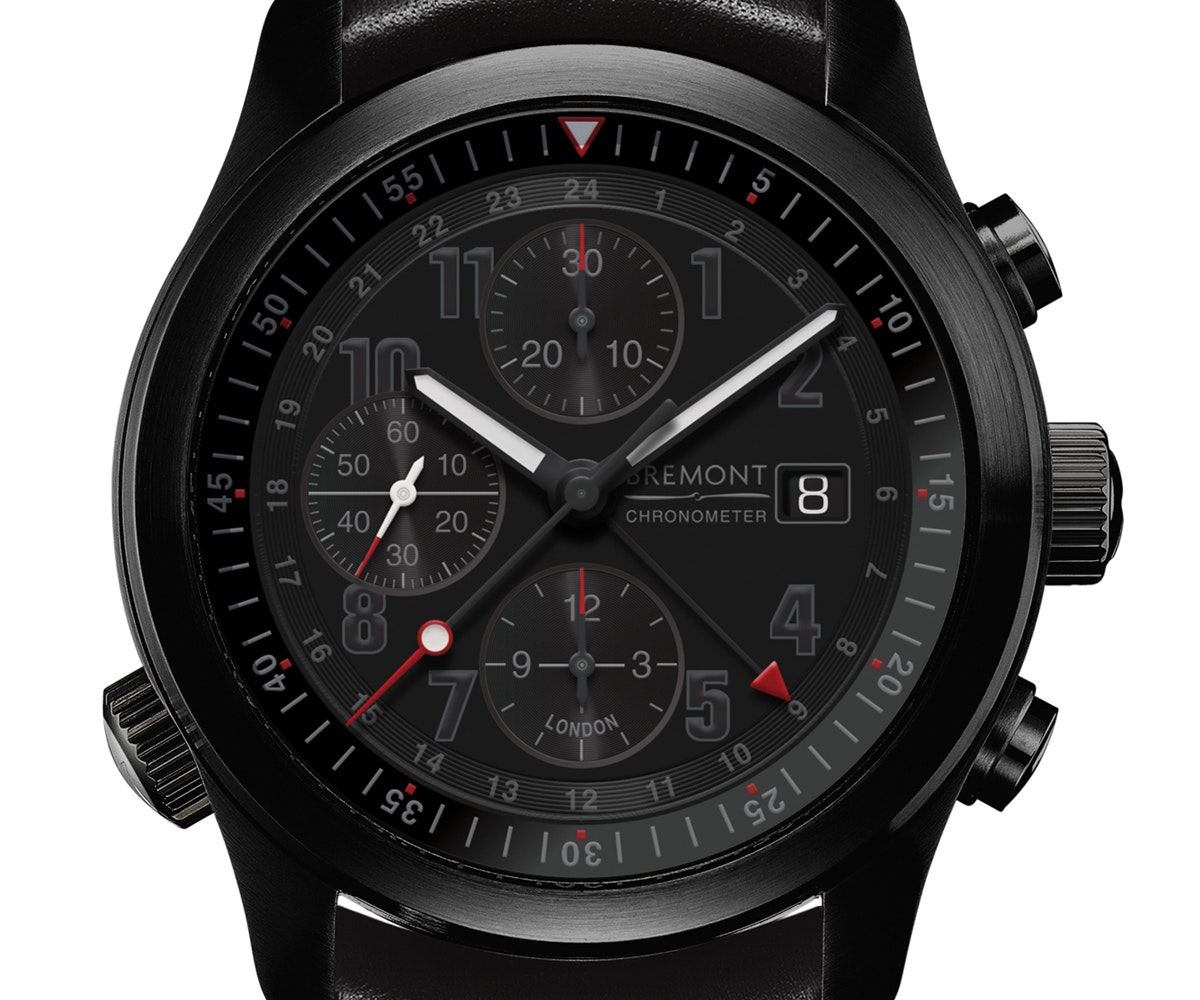 The DLC case and tonal black dial are accented with red on the hands and some of the markers. This makes it relatively easy to read for a complicated watch (three register chronograph and central GMT hand) that is mostly monochrome, which you’d expect to be high priority in a watch designed for bomber pilots. While the leather or NATO strap might be more military, Bremont is also offering a DLC steel bracelet for the ALT1-B2.

The ALT1-B2 will also be available late May, with a price of $6,395. Visit Bremont online for more information and availability updates.